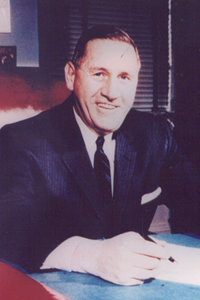 This designation is made in recognition of Governor Furcolo's passionate advocacy for the expansion of the public higher education system to serve students of all socioeconomic backgrounds, all over the state. As a Massachusetts House of Representatives Resolution commending Governor Furcolo stated: